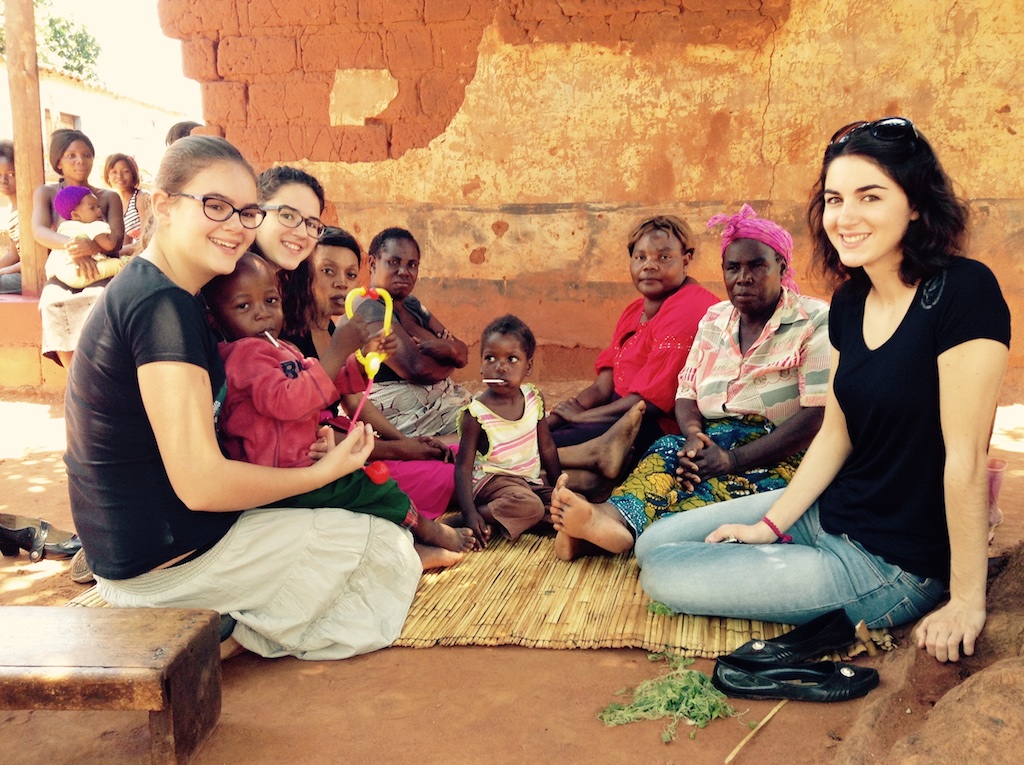 Being confident of this, that he who began a good work in you will carry it on to completion until the day of Christ Jesus. (Philippians 1:6 NIV)

Greetings! We’ve been back in Ndola for a month now, and are quickly getting back to the routine of life here. Things at the Theological College of Central Africa (TCCA) are moving ahead, and we are seeing God blessing the work in many ways. At home, Kristina is busy reestablishing our home and schooling the girls. Anna faced the challenge of catching up on her university courses following our travel delays. The girls have also been able to spend time with the orphanage children that they know and love.

We are so thankful for all the gifts we’ve received and all the prayers offered over the past month. I truly believe that our return to Zambia is a testimony to God’s faithfulness in providing for our needs. We are learning to trust in God to supply all our needs, having witnessed God provide for us time after time. But sometimes it’s easy to doubt that God will provide when things are difficult.

This month I’d like to share a story from the past week that testifies to God’s faithfulness and provision. It’s a little longer than usual but (I believe) well worth your time.

Here’s the background. The deadline for TCCA students to pay their fees is two weeks after the start of the term. Students who haven’t paid are suspended from class. Those who still haven’t paid after another two weeks must forfeit the term.

Two weeks ago, as Academic Dean I had the unfortunate task of informing a number of students that they were suspended from class for failing to pay their fees. I prayed with each of them, asking that God would provide so that they could return to class quickly. It was interesting to note the different reactions that students had as they were faced with this news. Some were very humble, while others seemed to despair that the need was so great even God couldn’t provide.

Since then I’ve met numerous times with these students, assuring them that if God had called them to study at TCCA then he would provide. Many tears have been shed and many prayers offered. Most of the students have since been able to pay their fees and have returned to class, but God provided for one particular student in a very unusual way.

Several days ago I received an e-mail from SIM Canada informing me of an unexpected gift from a church that we’ve never met. I thought it was strange to receive such a gift, and wondered why we’d received it. Later that afternoon TCCA’s finance committee met to review the cases of students who were still out of class, since they were in danger of forfeiting the term. As we met I felt led to donate the money we’d received to the TCCA scholarship fund, and quickly called Kristina who also agreed that we should give the money for a scholarship. The finance committee then decided on the student who should receive the scholarship, but unfortunately the amount wasn’t enough to clear his debt.

When we met that student he explained that he was waiting on a donation from a businessman. This donation, combined with the new scholarship money, would be enough to clear his debt. We didn’t inform the student of the scholarship but instead urged him to follow up with the businessman, who was on business away for home and difficult to reach.

The next afternoon I found my student with a deposit slip from the bank with the exact amount promised by the businessman. I informed the student that we should meet me in my office because I had some good news for him.

When I told him that he would be given a scholarship to clear his debts he was overjoyed. But it wasn’t until he told me the full story that I realized what God had done.

After he’d met the finance committee the previous afternoon he tried to contact the businessman. After many hours he finally got through, only to learn that the businessman would not be able to give him any money.

My student told me that when he gave his family the bad news, his wife began to cry. She believed that God had brought them to TCCA, and now it looked like their plans were failing. He said that he stayed strong for the sake of his family, but in his heart he too had given up all hope of staying.

The next morning during his devotions he was drawn to Philippians 1:6: “being confident of this, that he who began a good work in you will carry it on to completion until the day of Christ Jesus.” He said that his spirits lifted as he meditated on God’s promise. After his devotions he received an unexpected call from a friend, who said he felt led to ask if the student needed any money. When he said yes, the friend offer a large amount, exactly what had been promised by the businessman!

I was shocked when I realized what had happened, and how God had orchestrated events to provide for the exact needs of this student. I quickly informed him of the scholarship that would clear the remainder of his debt. He was speechless after receiving the news, and could only say, “Dr. Churchill, please pray for me, I don’t have any words!”

Isn’t it wonderful to know that God sees our need and cares so much that he can bring together an unexpected call from a friend and an unexpected gift from a church on the other side of the world to provide in a way that no one could imagine!