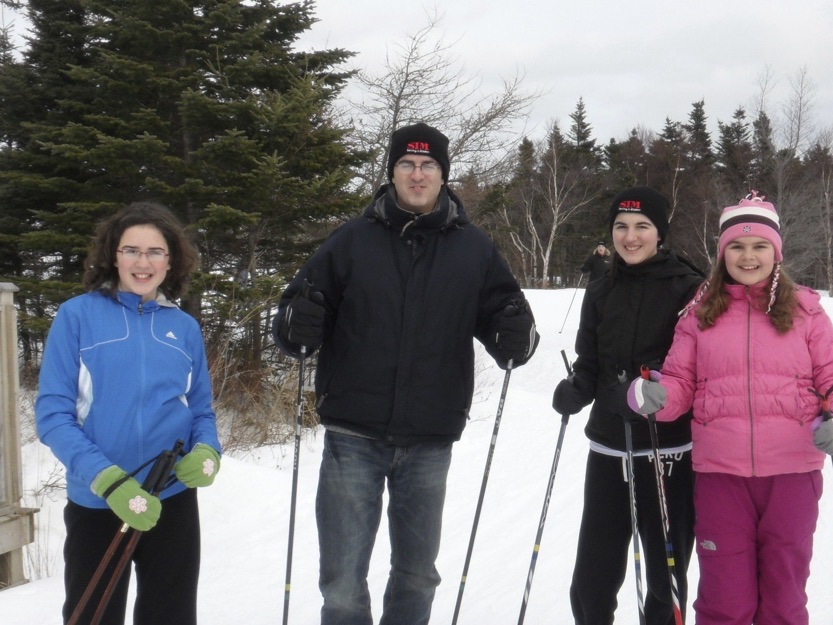 Sports was the theme for this past weekend. On Saturday, Kristina and I took the girls cross-country skiing. Or more accurately, they took me, because this was my first time on skis. Possibly my last too, although I did survive. I don’t thing I’ll be trying downhill skiing any time soon!

Then on Sunday we celebrated Zambia’s victory over Ivory Coast to win the 2012 Africa Cup of Nations in Libreville, Gabon. You may not know that in 1993 the Zambian football team was involved in a plane crash, also in Libreville, that killed all 18 players. This tournament marked the 19th anniversary of that tragedy. The play of the Zambian team was an inspiration to the world.

And finally, it’s been nearly a year since we began raising support for Zambia. This process has seemed like a marathon at times. When we set out on this race we had no idea how God would provide for our needs, but we knew that He would. Now that we’re so close to the finish line, we can see God’s goodness through the faithfulness of our partners. But unlike a marathon runner, when we cross this finish line we won’t be able to rest. For this finish line is also the starting line for our next race, ministering in Zambia.

The words of the Apostle Paul in Philippians 3:12-14 echo similar sentiments:

Not that I have already obtained all this, or have already arrived at my goal, but I press on to take hold of that for which Christ Jesus took hold of me. Brothers and sisters, I do not consider myself yet to have taken hold of it. But one thing I do: Forgetting what is behind and straining toward what is ahead, I press on toward the goal to win the prize for which God has called me heavenward in Christ Jesus.

Whatever our situation, we can be encouraged by Paul’s example of striving to reach the goals that God has set for us.