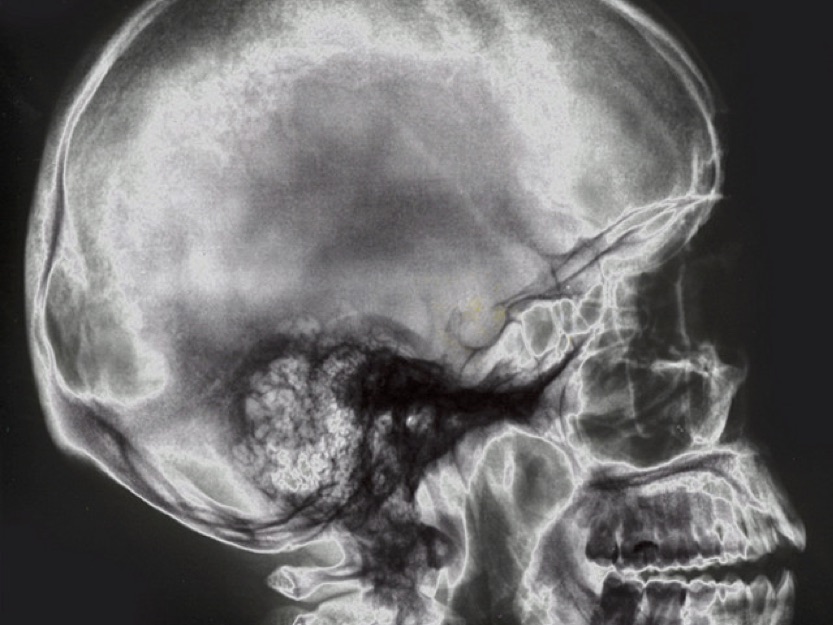 A few weeks ago I sent an e-mail requesting prayer for some medical problems. I know many people have been praying for me since then, so I’d like to share more details of what’s been going on for those of you who’d like to know.

All my recent problems can be traced back to two causes: headaches and toothaches. Over the past few years I’ve been having some pretty bad headaches, so earlier in the fall I made an appointment with our family doctor. She found that my blood pressure, and particularly the diastolic pressure, was too high.

In the mean time my daughters and I visited Gander Baptist Church on October 16. After the service we went out for Jiggs Dinner, a Newfoundland speciality that I hadn’t had for years. That was the last meal I’ve been able to eat normally. As we were leaving the restaurant I felt some pain coming on, so I took an Advil to make sure I didn’t get a headache on the four hour drive home. About half way home the pain really started to intensify. I took another extra-strength Advil but the pain was too much. I pulled off the road, got out of the van, and literally rolled on the ground for five or ten minutes. After a while the pain subsided enough for me to be able to drive again. When I got back in the van I told Anna, “It looks like the Advil finally worked.” She just looked at me and said, “No Dad, the prayer worked.” I don’t know how we made it home. That night I couldn’t sleep because of the pain. I saw my dentist the next afternoon. He found that the pain was due to pressure within the tooth caused by an infection. He opened up the tooth and relieved the pressure. The pain subsided somewhat but never went away for the next month. After a few weeks I was able to see an endodontist. During the initial consultation, he thought that the tooth was in such bad shape that it would require three months of treatment. But as I shared in a prayer update, the following week he was able to complete the root canal in a single treatment – the day before I left for Labrador.

While this was going on, the diagnosis of hypertension was confirmed. Before I could start the medication I needed to have some tests – EKG, chest X-ray, blood, and urine. Everything came back clear, or so I thought, and I started on the medication. That does seem to have been effective in lowering my blood pressure to acceptable levels.

In the middle of the headaches, toothaches, and high blood pressure, I caught a 24 hour flu bug from the kids. I ended up in the bathroom for most of the day. Unfortunately I also ended up with a bad case of hemorrhoids. I made an appointment with the family doctor (again), but ended up seeing an intern. He didn’t realize I was coming with a different problem, and promptly proceeded to discuss my chest X-ray. “Mr. Churchill, did you know you have a broken back?” No I didn’t, and with all the other problems I was experiencing I really wasn’t expecting this. Apparently I had two crushed vertebrae which could have been caused by trauma. But the intern said that it could also be caused by a malignant tumor, and that I would need a bone density scan to rule out that possibility.

At yet another appointment, this time to follow up on my blood pressure, our family doctor thought it would be wise to have a CT scan of my brain to rule out any potentially serious causes for the headaches.

So the morning of my root canal, the day before I was to fly to Labrador, I had the bone density scan. The radiologist actually noticed the problem with my tooth during the bone density scan, and mentioned it to me as I was leaving. We got the scan results early the next week, and everything was normal.

This past week I’ve had two dentist appointments to prepare my tooth for the crown. I also had the CT scan the morning of the first dentist appointment. The results from the CT scan did cause some serious concern yesterday. We heard from the doctor’s office that there was a problem with the scan and that the doctor wanted to speak to me about the results but was attending a conference and may not be able to speak to me for a few days. It was with much relief that I received a call from her late yesterday evening. She said that the scan appeared to be normal, but there was a gap in one area that the radiologist would like to examine more closely. (My Dad joked that he always know I had a gap between my ears!) So now I’m being scheduled for an MRI.

The bottom line is that my tooth is just about fixed, my blood pressure is good, my headaches are less frequent, my back is normal, my hemorrhoids are better, and my brain is fine. Now I’m waiting on the crown for my tooth and the MRI, and minor surgery to remove a few bumps in my arm.

Kristina has said that God must have a reason for why we’re not in Zambia yet. Perhaps it’s partly so that I can have all these tests and procedures here in Newfoundland, and can arrive in Zambia in good health.

For me, the past weeks have been a trying time full of pain and uncertainty. At more than one point I began to doubt that I would ever make it to Zambia. But these circumstances have driven me to rely on God more fully and to trust in Him no matter what happens. As you might expect, I find comfort in the words of the Apostle Paul:

I will continue to rejoice, for I know that through your prayers and God’s provision of the Spirit of Jesus Christ what has happened to me will turn out for my deliverance. I eagerly expect and hope that I will in no way be ashamed, but will have sufficient courage so that now as always Christ will be exalted in my body, whether by life or by death. For to me, to live is Christ and to die is gain. If I am to go on living in the body, this will mean fruitful labor for me. (Philippians 1:18-22)

I seek to serve God with the health and strength He gives me. Should He provide, I hope to do so in Zambia soon for His glory. And I am grateful for your prayers which, you must know, have sustained and encouraged me during the dark days of the past few weeks.