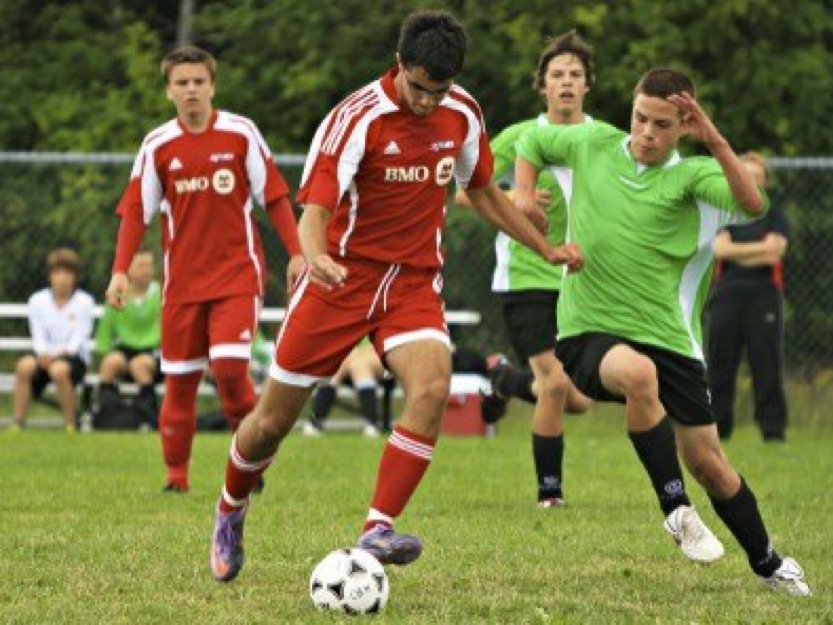 If you’ve seen our video Special Report: Zambia you’ll have seen Anna, Sarah, and Katie in action. Some of you many not know much about our son John. I’m hoping to do a video with him soon, but here is a brief update on what’s been happening with him.

John was born in Philadelphia in 1994 but has grown up in St. John’s since we moved back in 1998. Thanks to Kristina’s vision, dedication, and perseverance, John has been homeschooled his entire life, as have his three sisters. Even though John was Grade 11 last year, he was working at a level beyond Grade 12 in most subjects. Therefore, we had planned for him to do some Advanced Placement high school courses this year and transfer them to Memorial University when he applied for admission next year.

John and I visited the Registrar’s office at the university a few weeks ago to confirm that they’d accept the AP credits. During our conversation it became apparent the university would consider admitting John immediately a year early. So we quickly put together an application for special admission. This Tuesday, just over week later, we learned that John had been accepted!

So now John is enrolled at Memorial University, and is working toward acceptance in the Bachelor of Commerce program. Since we’ll be moving to Zambia soon (Lord willing), he will be doing his first year by distance even while we’re in St. John’s.

In addition to his studies, John is continuing to work part-time at Burger King. He’s also very involved in the local soccer community, both as a certified referee and as a player on a local intermediate men’s league team. Even though he’s the youngest player on his team by several years he is, in my completely unbiased opinion, one of their better players. The picture at the top is from last year, when John was on the St. John’s Boys Under 16 Metro team.

John is also active at our church. He was baptized several years ago and is a church member. He’s also volunteered for several ministries including summer camps. In fact, he took an unpaid week off from work to volunteer at a camp this summer.

All of the recent changes in John’s life have brought some struggles, but despite the usual teenage bumps, I’ve been impressed with how he’s handled himself in many difficult situations.

I am very proud of our son John. I pray that God will continue to bless John as he grows and matures.