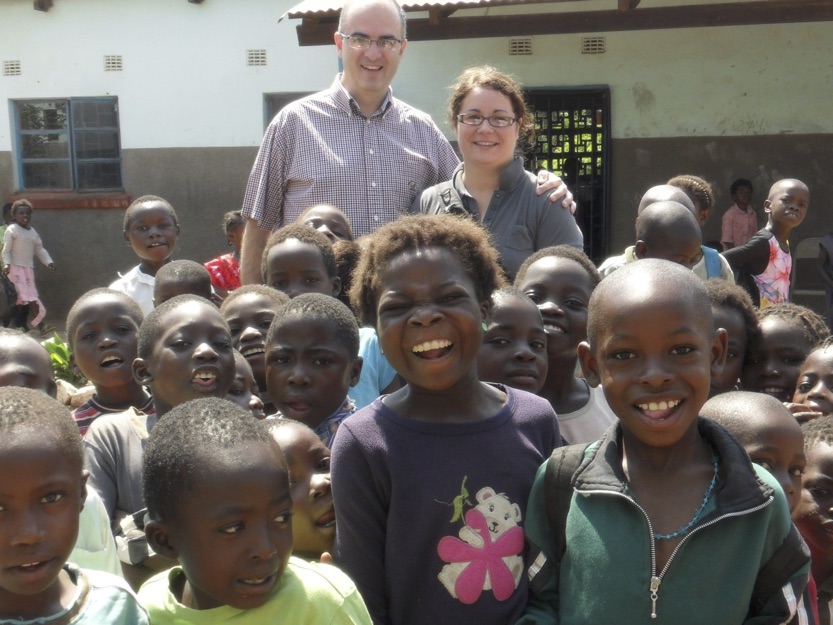 We arrived in Ndola in the afternoon on Saturday, November 7. My first impression was that I’d arrived in an English town rather than an African city. This is perhaps understandable given Ndola’s colonial roots. The population of Ndola is about 500,000, but the town itself has maybe 50,000. The rest of the people live in communities around the town. We had the opportunity to visit the largest of these communities, Mapalo (“blessing”), better known by its former name, Chipulukusu (“crushing”).

We were also able to visit Sakania, a very rural village about a half an hour from Ndola near the Congo border. We got to participate in a children’s service at the village church, and after were given a tour of the village by one of the residents.

We visited the Ndola marketplace where just about everything is for sale – including caterpillars. Next to the marketplace is the Saint Anthony Orphanage (Roman Catholic), which is home to about 130 children. Many of the children are HIV/AIDS orphans, and some are themselves HIV-positive.

The Theological College of Central Africa (see the map below) was established about 40 years ago and remains the only accredited Bible college in Central Africa. It can accommodate about 40-50 students, but due to the recent economic downturn in Zambia and the West enrollment has declined recently. The school has also lost 5 faculty members in the past few years (two retired, two for health reasons, and one passed away). There is a great need for someone qualified to teach Biblical Studies. We found the faculty and staff very welcoming. I also had the opportunity to teach three classes, and enjoyed getting to know the students.

If you have any questions about our time in Zambia please write!